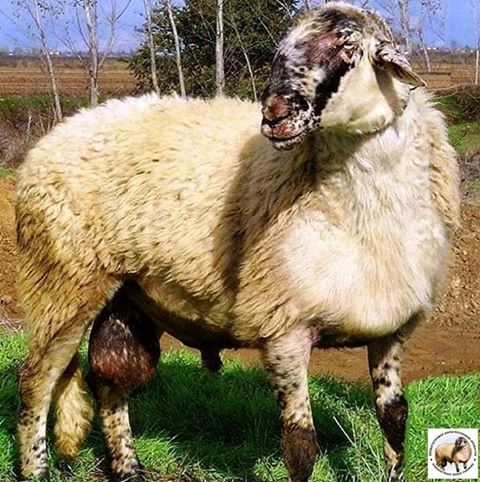 The Karagouniko sheep breed originates from the region of Thessaly ,Greece and is historically linked with the region. Several changes through the years (in the socio-economic context) contributed to the present picture of the Karagouniko sheep farming in the region. Currently, a population of about 5.000 ewes is under milk recording (in the frame of the Rural Development Programme, while several initiatives take place by the most active farmers aiming to enhance the position of this local breed in the region. The breed is appreciated both for its productive characteristics (milk production), which show further potential for improvement, but also for their adaptation characteristics (heat stress, valorization of natural feed resources). 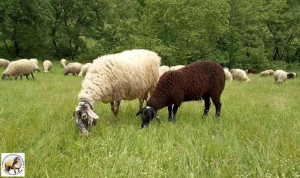 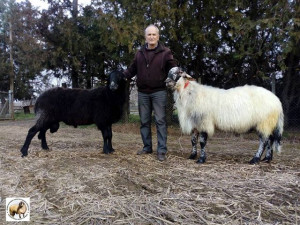 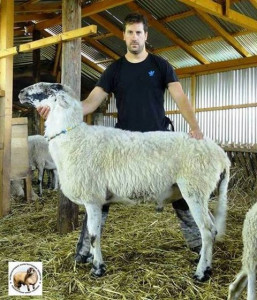 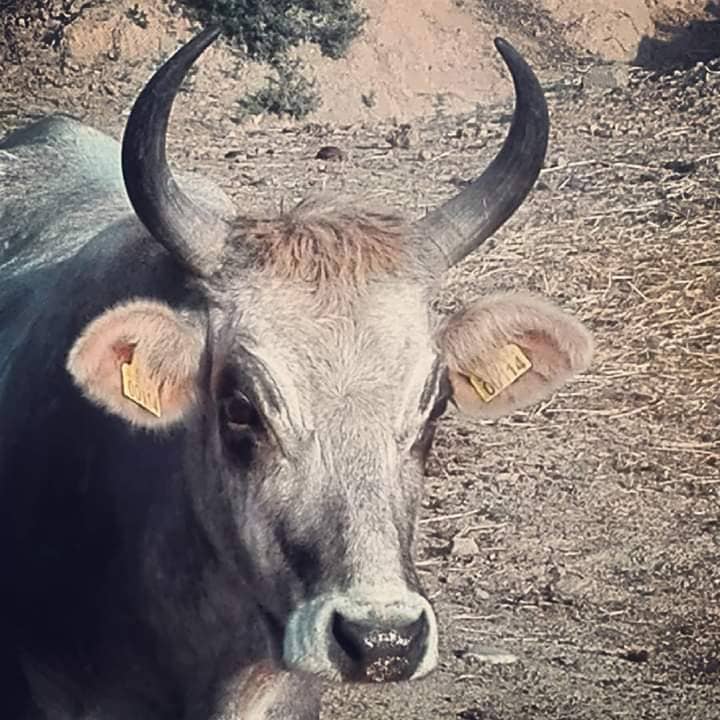 The Katerini cattle breed shows the typical traits of the Podolian strain, but with a reduced size: the  average  withers  height  is  123 cm  for  males  and 113  for  females  and  the  average weight is 375 kg for bulls (with peaks of 400 kg) and 280 kg for cows. The coat is grey, generally darker than in other Podolian breeds, and tends to black in 30% of the heads, and may have reddish hues. The muzzle is edged in white. The calf at birth has a fawn coat, which turns grey around weaning. The adults have lyre-horns, wide dewlap and marked hump in bulls.

The average age of the breeding animals is 40 months for the bulls, and 84 months for the cows, with great longevity: the average productive life is 9 years. The productive maturity is 24 months for males and 20 for females. The age at first calving is on average 34 months (ranging from 20 to 48), with an average calving interval of 450 days. The young bulls are slaughtered at 15-20 months, with a live weight of 200-300 kg, and variable carcass yield, ranging from 40 to 55%. Milk production is just enough to feed the calf, reaching 700 kg in optimal breeding conditions, in a lactation of 5-6 months. 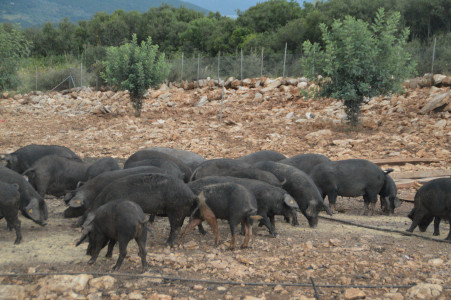 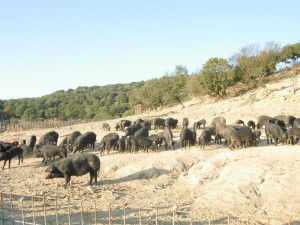 The Greek black pig is a native breed, traced back to the ancient times. It was the only local breed traditionally raised in Greece until the 60s, providing meat and leather to almost every Greek family living in rural regions. The socio-economic changes after the 50s led to the vast decrease of the breed’s population size.  In the end of 90s, efforts have started to conserve the breed and re-introduce it in production, starting with the few animals that remained.

This breed is reared in semi-extensive farming systems, well adapted on mountain pastures, and fed mostly with acorns. Its body weight ranges between 80-130kg; animals living in mountainous and inaccessible areas are smaller in size, in contrast to those living in semi-mountainous areas. Breed’s dominant color is solid black. It has half-floppy ears. Sows have seasonal reproductive activity with two litters per year, consisting of 8-9 piglets at birth. 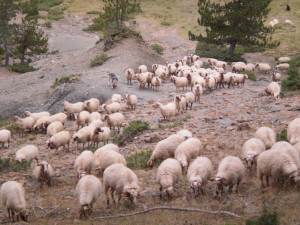 Kalarritiko sheep belongs to the Greek mountain breeds well adapted to high altitudes of over 1,300 meters. Most of the farmers practice transhumance; during the summer the flocks move to the mountain pastures of Pindos mountains, and during the winter return to the lowlands of Thessaly and Epirus.

The Kalarritiko sheep breed is small in size and mainly white in color. Its face in the bigger part of the body has a uniform of reddish coloration, as well as its ears and legs. The breed used to be recognized for its excellent wool quality. Today, the breed is well known for the exceptional quality of its meat. Breeders play a vital role in the conservation of the breed, due to their close connection with the breed and its farming system, as well as their pride and dedication to the maintenance of the breed. Several ongoing activities are mainly connected with the promotion of the products (dairy products, meat and recently for the valorization of wool). 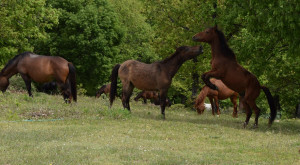 Pindos Horse is the small “mountain” horse of Greece that is bred in almost all regions of Western and Central Macedonia, Thessaly, Central Greece and Epirus, mainly by breeders, and makes up the largest part of the equestrian population of this country. Known for their hardiness and beauty, it shows excellent stamina and level of endurance, and an incredible climbing ability. They are primarily used for riding and other uses such as transportation, agricultural work, and even as a pack pony. These small horses are also a popular choice for breeding mules.

The conservation of the breed is credited to those few breeders who continued to use them and to few personal initiatives (by individuals and associations). Later, some of municipalities took initiatives in areas where wild herds are found. The breed is under conservation measures.